At the end of 2020 over 1,700 people completed our 'Love Your Parks' survey. We asked questions on a range of topics including health and wellness, the environment and their knowledge of parks finances. Here are some of the most interesting findings:

In 2020 Parks & Trails Were Essential to Physical & Mental Wellness

Nearly 60% of survey respondents explored new parks and new trails, and many took up new activities like gardening or wildlife watching. Of course, it's no surprise that activities like swimming and picnics dropped down significantly compared to 2019, as pools and picnic sites were closed.

Three quarters of survey takers said parks and trails were 'essential' to helping reduce stress and anxiety. This finding matches numerous studies that have shown that time outdoors is good for our mental wellness. Despite the perceptions of parks as essential however, parks and trails are still classified as 'non-essential' by the state legislature, which means they're often bottom of the list when it comes to funding.

The questions on parks finances revealed that most park users vastly overestimate how much taxes fund parks, and vastly underestimate how much is needed for repairs. When asked "How much do you think the average household in Milwaukee County contributes to parks through their taxes each month?" the average answer was $23, when the actual amount is only around $1.50. That means most park users think they're contributing more in a month through their taxes than they actually do in an entire year.

When asked "How much money would you guess is needed to fund all of the needed repairs in Milwaukee County Parks?", the majority of respondents chose an amount under $100m - when the actual amount is closer to half a billion dollars. Only 6% of respondents chose $500m.

Environmental Issues are a Top Concern

The survey also revealed that most park users are concerned about plastic waste, pollution of parks and waterways, and the impacts of climate change, and while survey takers had knowledge of some of the environmental initiatives already underway at parks, such as tackling Emerald Ash Borer, many initiatives managed by our Natural Areas team are flying under the radar, such as turtle and nest box monitoring.

Two thirds of respondents would support more environmental initiatives, such as the use of solar panels on public buildings, electric vehicles or small wind turbines. However, due to the funding crisis for parks, there is currently no funding for additional green infrastructure.

Love Your Parks is a campaign to champion parks 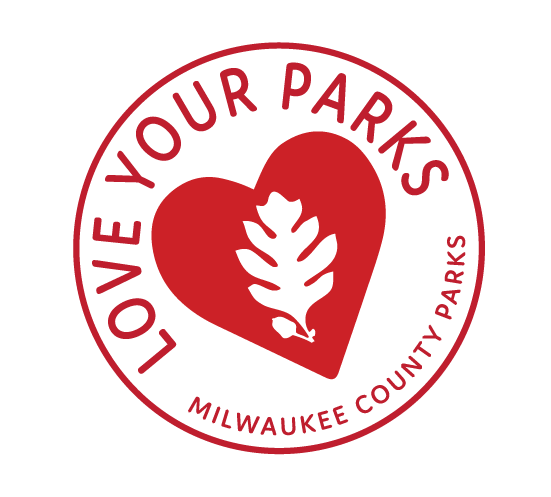